Skip to content
Winter; A lingering season. It’s a time to gather golden moments, embark on a sentimental journey and enjoy every idle hour. – John Boswell.

Touching snow together for the first time.

The 3 of us at Mt. Mackenzie seeing the snow.

Once we were back in the car we headed a little bit down the mountain and pulled over on the road side to a place with some snow for us to play in. We made a tiny little snow man and LuLu had fun playing! On the mountain there was some rain & the wind was so cold it cut right through us, I was so glad we had layered LuLu up & I had bought her a lovely lined raincoat at the start of winter!

We had seen it, bucket list item checked off.
We now had to decide do we continue on to Glen Innes or head back home. There was no snow predicted over night so it was likely we wouldn’t be spending the night away. It was 1:30pm, if we headed back now we would get home at a reasonable hour. But we had come so far and I had heard Glen Innes was beautiful and had some nice snow. So we drove the 1 hour and as we reached Glen Innes we noticed there was a lot of heavy drizzly, very icy rain – almost sleet, that rain had melted all the snow. I was a little sad as the photos from earlier in the morning had looked lovely. We decided to drive through KFC and get a hot chips to share and guess what, they were out of chips! Argh, I prayed this wasn’t a sign that our day was taking a bad turn.
Trent quickly went into the tourist information centre and he found out the highway to Ben Lomond had just opened in the last half hour. I had seen so many beautiful photos online of this area and apparently the snow had just stopped falling there just before lunch, I had spoken about visiting there during the drive but thought it maybe too far. But Trent decided we would head there for a quick look, it was a gamble as we didn’t know if the snow had melted there too. But boy, are we glad we took that risk.
We saw so many beautiful sights, the country side was just covered in beautiful white snow with little tufts of golden grass poking through. Black cattle stood out against the white snow that covered the hills and it just looked magical. Everything was so picturesque and absolutely breath taking. I could’ve have spent hours just staring & taking photos of the incredible sights.

We pulled over to a nice little area of beautiful snow and took some stunning photos of our darling girl, photos so she can remember this exciting trip. Trent & LuLu then made a giant snow ball!

Snow turns people of all ages into children, we saw so many families having fun times in the snow – snowball fights, building snow men & just laughing and smiling – it was lovely to see!
We drove a little further – we saw beautiful paddocks blanketed in snow, giant snowmen (one was 9ft tall!) and snow on the roofs of a church and some houses. It felt like it should be Christmas! The New South Wales country side just looked magical, breathtakingly magical.

Seeing snow on a roof was bit of a novelty for us! It looked like something out of a Christmas movie!

After seeing the most stunning sights, taking endless photos and having the most amazing day, we decided it was time to make the 4 hour drive home.

We called in for a quick McDonalds dinner at Glen Innes (LuLu hates happy meals – this was her 2nd one ever, she nibbled at her apple slices, had a few chips and drank her water! Thankfully I had packed lots of yummy/healthy snacks for her!)
We arrived home around 9pm, exhausted, amazed & happy. LuLu had travelled really good, this was the biggest day of driving she has ever done. All up we would have driven around at least 10 hours that day, which is insane and she happily sat in the back, occasionally napping, calling out to the animals she could see with the sounds they make & telling us stories. LuLu was such a great little travel companion & is such a joy of daughter. When we saw snow each time we would ask her “what do we do in the snow” and she would reply “brrrr”. So sweet!
This day trip was a dream come true for me, it may not have been the thickest snow but to me it was beautiful, I once again was just in awe of one of God’s amazing creations. Like wow. I am so thankful that Trent was on days off & that he is happy to take LuLu and I on such fun & wonderful adventures, he gives me the confidence to be a little more spontaneous with LuLu and helps me realise even if everything isn’t planned 100% I am still ok!
This was just a perfect day, it truly was, we experienced a proper Winters Day.
Wow. 2 days later and I am still smiling about it!
(Sorry for the overload of photos in this post, it is super difficult trying to only pick a few!)
Enjoy your week and if you have been at the snow this season or anytime show me your photos! Tag me in them on instagram (@ModernWifeLife31), tweet them to me (@ModernWifeLife3) or share them on my Facebook page! I would love to see them!!

Boy is it chilly or what? And it’s going to get colder! A cold snap is headed our way in a few days… So I am here with a delicious meal idea that will keep you toasty warm!
Roast Pumpkin Soup! 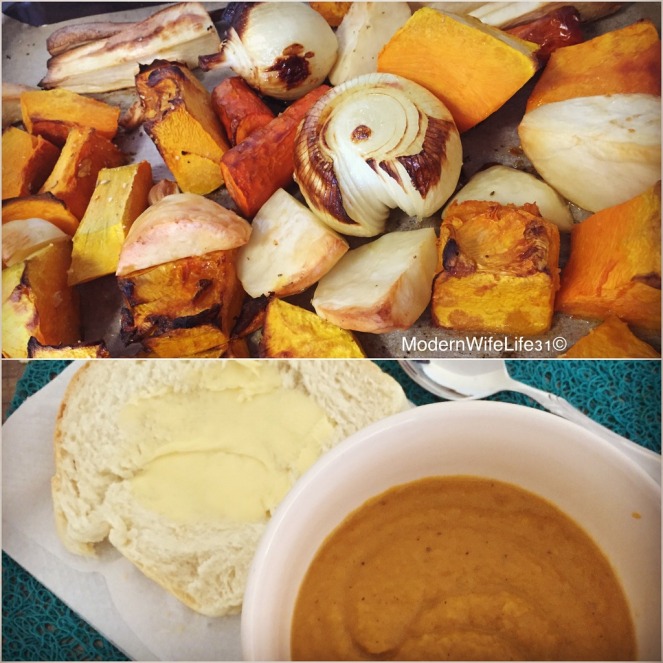 Roast Pumpkin Soup.
Now this recipe is for a Thermomix, but you could easily just use a big pot on a stove top and a stick blender. Sorry it’s a bit vague, I kind of made it up and it’s just been in the notes on my phone & I adjust them each time I make it! But the last 2 batches of this soup I’ve made have been perfect!
Ingredients;

Sorry this recipe isn’t exactly perfect. I just go by taste, I’m not a food blogger so writing recipes isn’t my strong suit!
But I can assure you this soup is delicious & lovely and will warm you up!
So I hope it has given you at least a basic recipe to work with! I have made this countless times, LuLu loves it & finishes her whole bowl. Trent likes it & I have also cooked it twice for my Mum and she loved it – which says something because she is incredibly fussy and will not eat anything she doesn’t like!!
A perfect addition to this soup is some fresh bread, I make a fresh loaf before the soup so we have lovely homemade bread to dip in the soup – but bread from the bakers is just as nice! 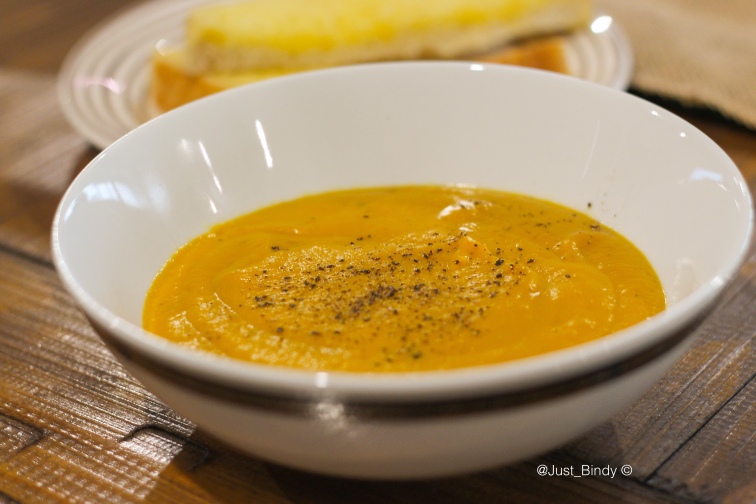 If you make this soup I would love to see your photos or hear what you think! Tag me in your photos or leave me a comment on social media!
Stay warm & have a lovely weekend!

Hello!
Sorry… Once again it’s been a bit of time between blog posts… When life gets busy it gets busy!!
But I’m trying to work on my schedule/time management. My biggest struggle with this blog is giving myself the time to sit down and write. I always find something that I should be doing at home or with LuLu instead of just writing. I currently am typing this while LuLu has her afternoon nap. I made sure I got all my jobs I normally do while she naps done while she was awake, so I could sit down and say “HI”! while she was asleep.
I struggle with finding the time to write a post purely because my computer is in my study which is in the opposite end of the house from LuLu’s bedroom and play rooms. (I am not a fan of writing posts on my phone) I like being near her & interacting with her all day & when I’m not with her I am normally keeping our home presentable, cooking or we are out & about. But I think it is important for me & well all Mummas to take time to do things we enjoy. So I am trying to force myself to have more time for this.
Writing this blog is something that brings me so much joy, I love getting messages & emails from my friends & readers saying they love the content & they enjoy reading this. And I want to continue doing so, I am so incredibly thankful for my ever so patient readers. I am aiming to do at least a blog post a week from here on in, aiming/hoping/trying… Even if it is a simple post – I am going to try!
Two of my upcoming posts that are almost ready to go are the much requested baby/toddler food recipes & a mess free/indoor craft for toddlers.
I don’t think I know everything about parenting but I truly enjoy inspiring other parents with new ideas for their little loves! I am no expert, but I do love being a Mumma & a wife – to me it is my calling. Everyone has different paths in life and I respect that but this is mine & I am so thankful for it. Being a stay at home Mum & a housewife truly makes me happy & I love to write, so combing the 2 is a really wonderful past time for me. (I also love shooting & getting to hunt, so slipping that in occasionally also makes me happy!)

So anyway while I am here I should do a bit of a catch up…
Life is currently flat out crazy busy & chaotic, as always! LuLu is now 19 months & cutting 2 molars – my poor little love, but she is handling it like a trooper most of the time. Trent just was on days off & is now back on day shift. Winter is here & I love it! I braved the cold this morning to duck out and get some photos of the beautiful frost. (Beautiful but annoying because it killed off a few of my succulents!!)

I am in love with that last photo!! Tiny bit proud of it…
I love Winter time – do you? I love the fashion… I love being bundled up & I love bundling up my little LuLu!
One day, one day I dream of having a white christmas! I feel so Christmassy when it gets cold…
Anyway friends I thought I would quickly post this just to say hi & I am working on some future posts. Like I said I am aiming for at least 1 post a week from here on in!
Of course I would love to hear what you want to read, so please leave any blog post requests or questions below, or on Facebook, Twitter or email me! 🙂
Thank you & have a great afternoon! 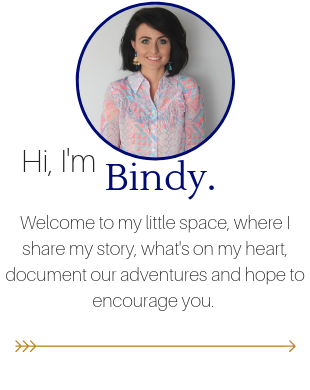